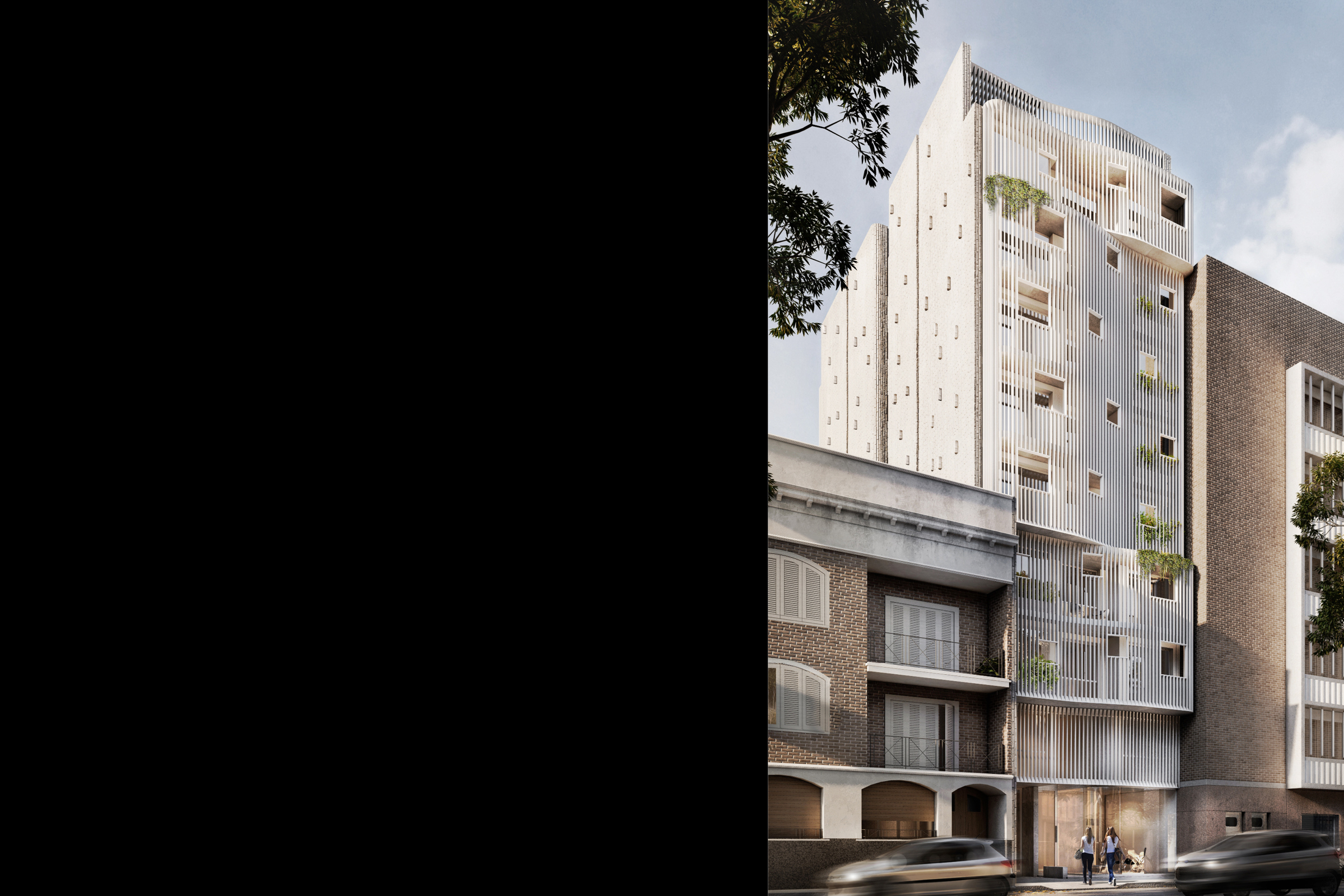 The project is located in the Central Area, in the nerve center of the city. The project is conciliated in a lot of 256m2 and 8.36 in front, whose depth allowed to organize the building mass in front and back blocks, separated by a small courtyard that allows cross ventilation of the main units.

The project strategy seeks to revalue and reinterpret the neighboring building, La Mercantil, by Newton, Larguia and De la Torre, from 1950. From this, a contemporary language is created by accentuating the verticality that we find in the metallic parasols of La Mercantil. This produces a double exterior skin that defines the urban image of the building and works both to curb the incidence of sunlight East / West, as well as a device that filters the privacy between the interior and exterior (in a very dense and high traffic environment). To achieve the reconnection with the exterior, subtractions are made in the envelope of vertical sunshades, producing openings towards the street. In turn, the heights of the boundaries define the movement of the facade, generating curves that open or close in such a way as to achieve the best visuals in each case.

The building houses different typologies, from small loft-type units, one and two-bedroom apartments, with different amenities, and the possibility of spaces suitable for office activities. The aim is to achieve programmatic diversity, which responds to different family, work and hourly use structures.

The project seeks to revitalize the historic center, not only through its contextual facade, but also through the design of the first floor, which is set back from the boundaries, breaking with the urban sieve proposed by the facade. This design operation generates a softer and more transparent situation, establishing a more powerful link, acting as an interchange with the exterior public space. 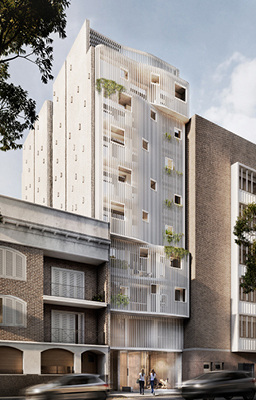 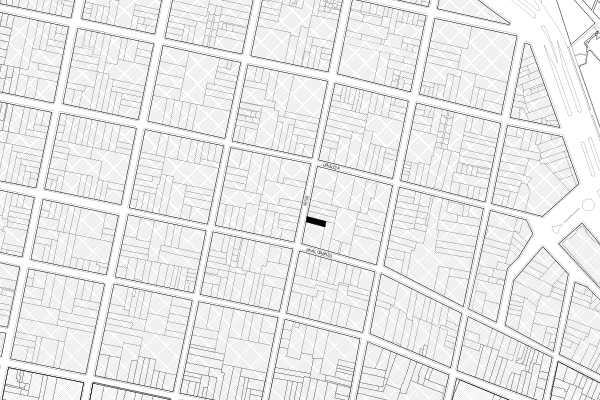 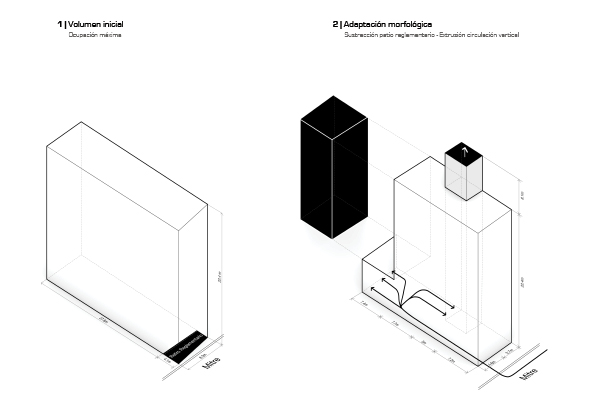 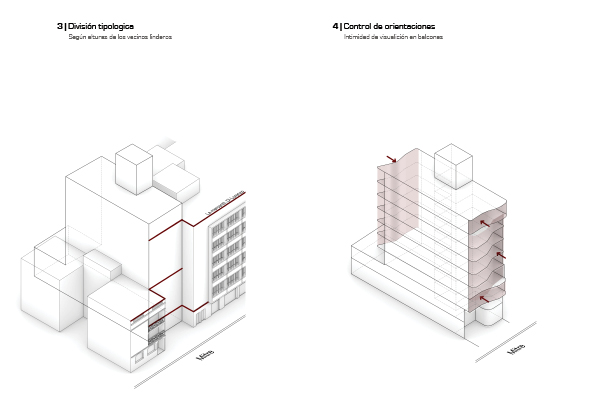 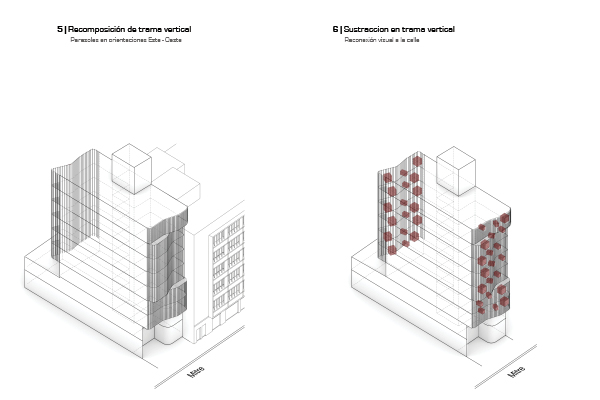 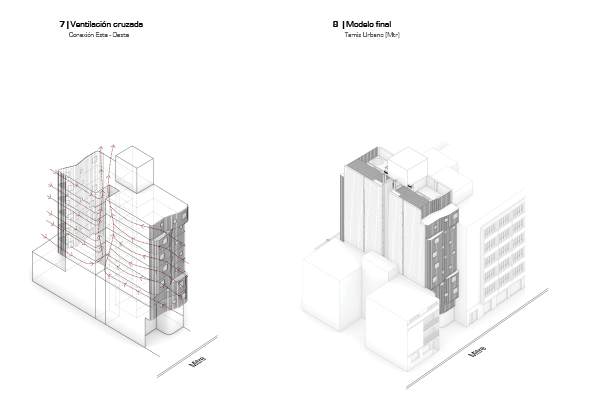 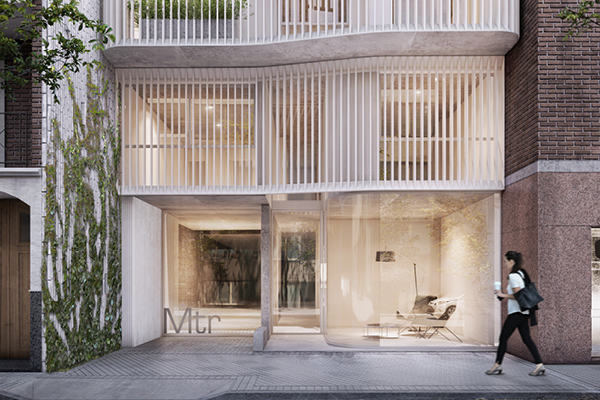 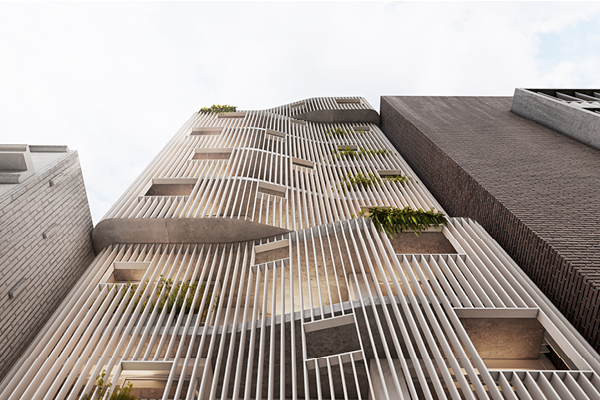 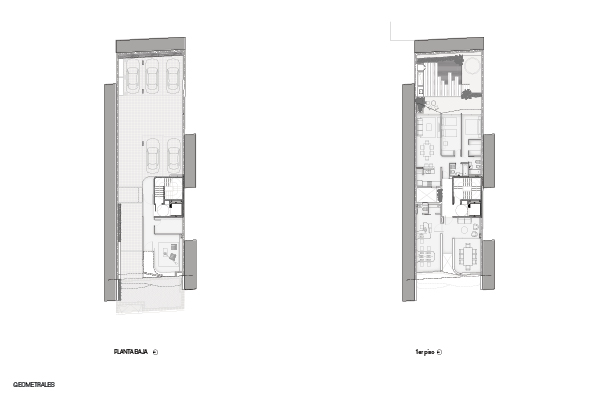 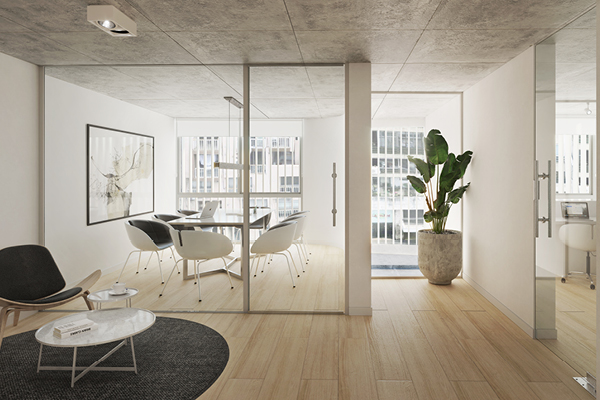 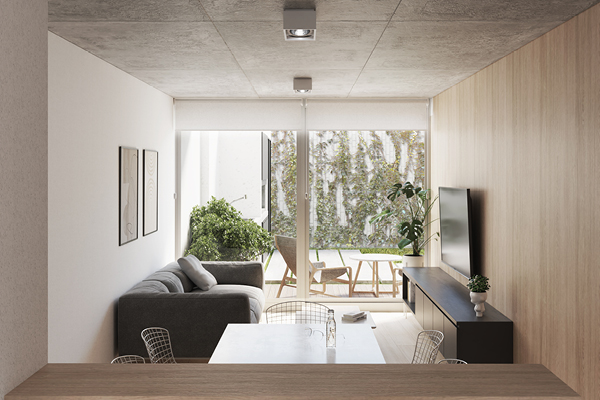 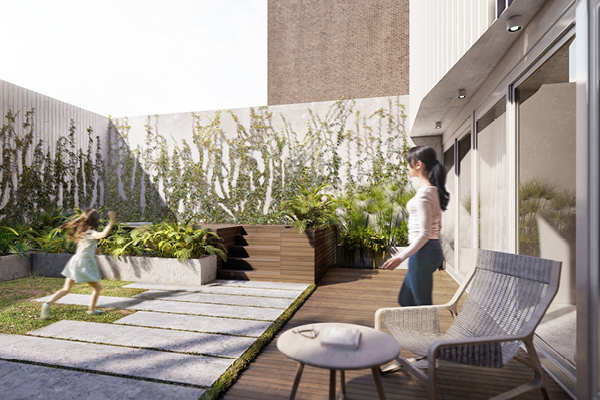 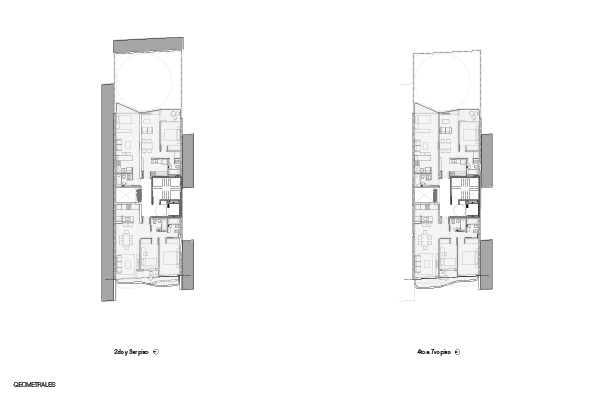 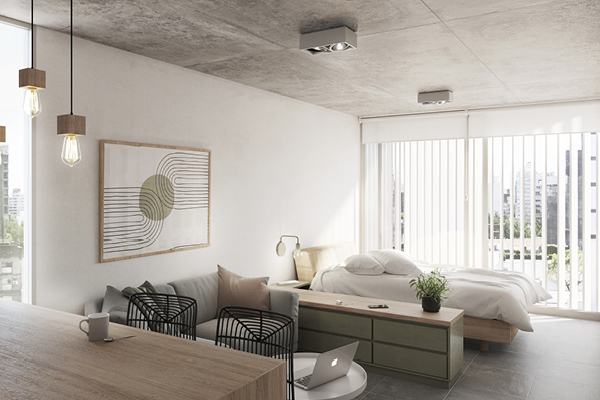 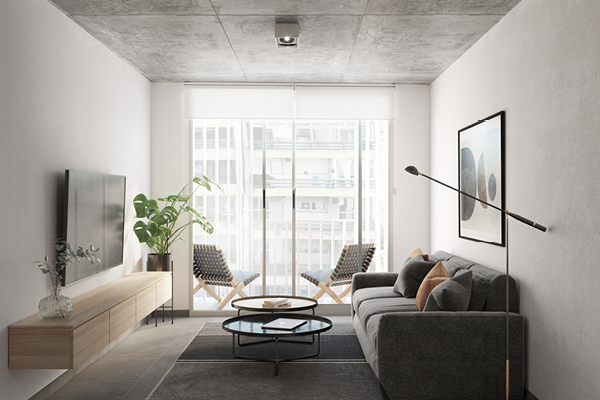 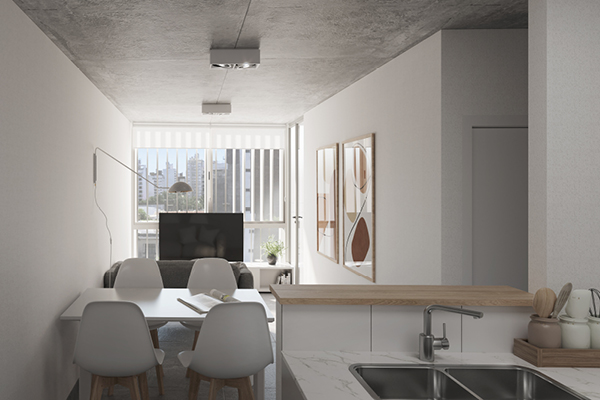 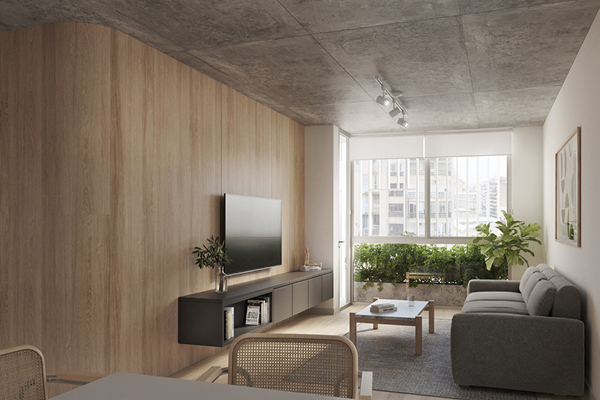 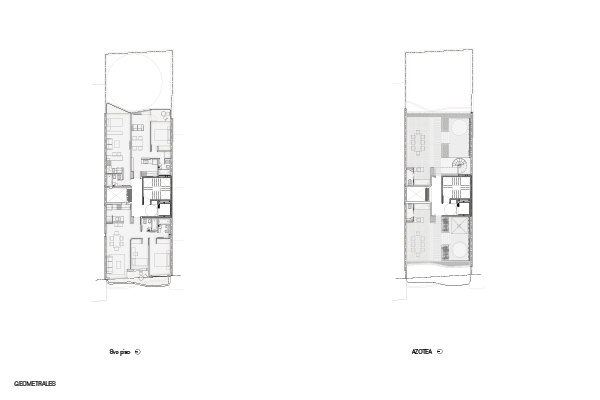 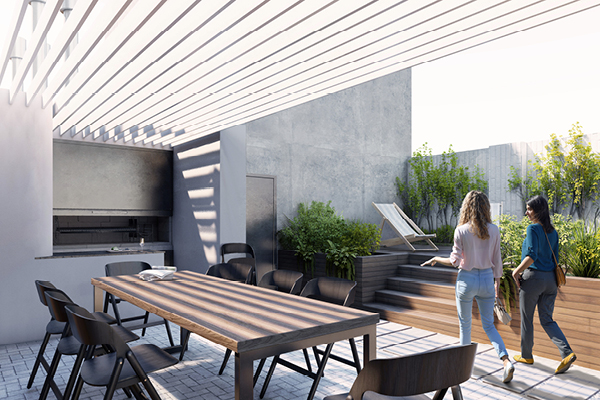 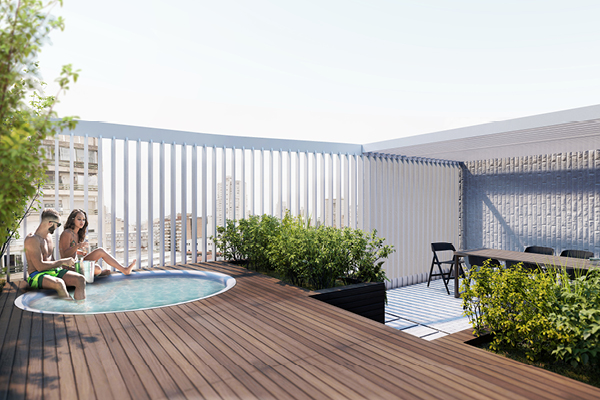 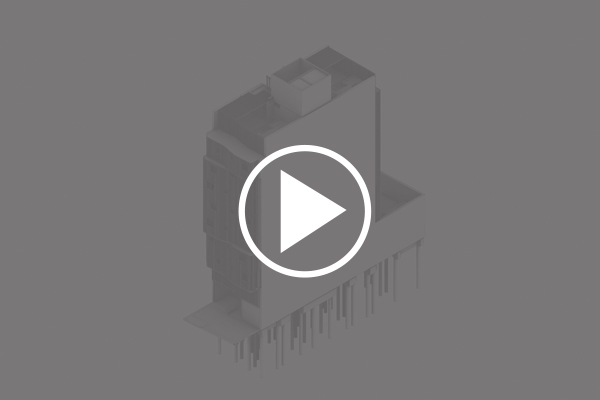 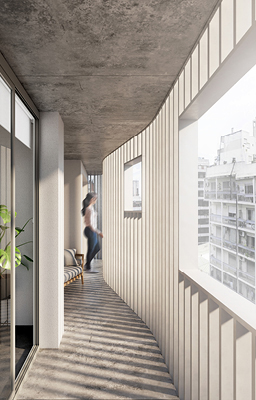